For anyone with type 2 diabetes, the goal of treatment is to control blood sugar levels. In many cases, exercise and diet is enough to regulate these levels, but when it is not, medicine is available. But even beyond traditional medicine, there are more options still.

As with many other ailments, people often look to natural remedies and herbs to assist with their treatment. Because of this, several botanical and herbal supplements have been studied as alternative treatments for type 2 diabetes, including ginseng, cinnamon and aloe vera. Read onto find out if trying them might work for you. 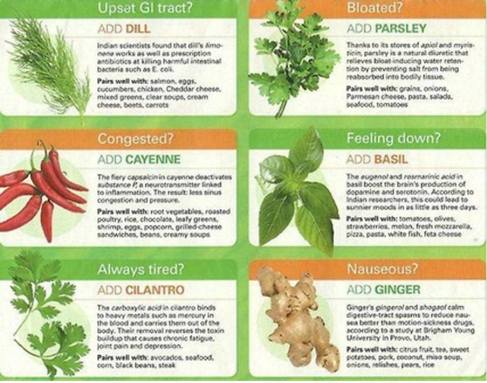 • Milk thistle: This flowering herb is found near the Mediterranean Sea. It has been used for its medicinal properties for thousands of years. It is sometimes known by the name of its active component, silybinin. Milk thistle may reduce insulin resistance in people with type 2 diabetes who also have liver disease.

• Fenugreek: This herb has been used as a medicine and as a spice for thousands of years in the Middle East. Benefits of fenugreek for diabetes have been demonstrated in both animal and human trials. In one study of 25 people with type 2 diabetes, fenugreek was found to have a significant effect on controlling blood sugar.

• Psyllium: This plant fiber is found in common bulk laxatives and fiber supplements. Psyllium has also been used historically to treat diabetes. Studies show that people with type 2 diabetes who take 10 grams of psyllium every day can improve their blood sugar and lower blood cholesterol.

• Cinnamon: Consuming about half a teaspoon of cinnamon per day can result in significant improvement in blood sugar, cholesterol and triglyceride levels in people with type 2 diabetes.

• Holy basil: This herb is commonly used in India as a traditional medicine for diabetes. Studies in animals suggest that holy basil may increase the secretion of insulin. A controlled trial of holy basil in people with type 2 diabetes showed a positive effect on fasting blood sugar and on blood sugar following a meal.

• Ginseng: Ginseng has been used as a traditional medicine for more than 2,000 years. Studies suggest that both Asian and American ginseng may help lower blood sugar in people with diabetes. One study found that extract from the ginseng berry was able to normalize blood sugar and improve insulin sensitivity in mice that were bred to develop diabetes.

• Bitter melon: This is a popular ingredient of Asian cooking and traditional Chinese medicine. It is believed to relieve thirst and fatigue, which are possible symptoms of type 2 diabetes. Research has shown that extract of bitter melon can reduce blood sugar.

According to the National Center for Complementary and Alternative Medicine, there is still not enough good evidence to support the use of herbal supplements solely as effective type 2 diabetes treatments. While many of these supplements show promise, until results from additional studies come out, do not take herbal supplements without first consulting with your doctor, since many of them have side effects that may interfere with other medications or exacerbate the health condition.

One thought on “Herbs That Help Heal”

living well off the beaten path

When the Crumb is Mightier than the Sword

Navigating the World of Gluten-Free Eating

My Meals are on Wheels

Life and Cooking from a Wheelchair

The Art and Craft of Blogging

The latest news on WordPress.com and the WordPress community.